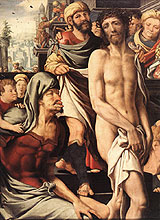 A friend’s eight-year-old boy complained that his class cannot celebrate Christmas although 19 of 20 kids are Christian. The twentieth is Jewish, and guess what, they are learning about Chanukah!  The boy made a bewildered face, as if to say, what’s going on?  What’s going on is that the goyim are being inducted into a Satanic cult called Judaism. What more proof do you need? The best response is to celebrate the birth of Christ with more fervour than ever before.

Disclaimer – Remember, Cabalism (Satanism) is not a person, it’s an evil spirit that has infected most of humanity, some more than others, including you and I.
Cabalist Jews and Freemasons (Satanists) are the main carriers of this blight but they infected us all spiritually to a lesser degree long before they conjured covid vaccines.
We crucify Christ every day and suffer on the Cross. Needless to say, we need to cleanse ourselves before we can cleanse the world.

Each year, Christmas becomes a fading a reflection of Christmas’ past.  What do the Satanist Jews have against Jesus?
He is the antithesis of the up-side-down world they are creating. Jesus taught that God is Love, and he loves everyone equally. He taught that God is a moral force– Morality is the Fourth Dimension. We must ascend the grease-pole of Consciousness if we are to know the true grandeur of human life.

They reject God and hate Jesus. The covidscam is a war against God, Love, and humanity, and it’s going to get worse. The “Great Reset” is Communism.

Agenda 2030 is literally Agenda 1984. They are determined to degrade, dispossess and enslave us.  WAKE UP FOLKS!  (Satanism Explained)
I repost this 2005 article to show that Satanists have been cancelling Christmas for a long time.  The #scamdemic has just given them a pretext.

Western society has been socially engineered by Cabalist (satanist) Jewish central bankers and their Freemason go-fers (our “leaders.”) These people hate Christ. They hate God. They hate humanity yet they accuse us of hate. They hate Christ’s Gospel of Love. Love your neighbour as yourself.

“Did you enjoy the Holiday Concert?” the school principal asked my friend.

“Yes, but why didn’t you call it a Christmas Concert?’

“Oh I can’t. The Superintendent said the concert must be inclusive of all the diverse cultures in the school. We are not allowed to mention Christmas, Christ, or Jesus.”

My friend was bewildered. The school is 95% Christian. Yet all the carols with Christian references were performed as instrumentals. Instead they recited “In Flanders Fields,” a poem commemorating the dead from World War One!

This humiliating scene was replayed millions of times this Christmas season. Some Christian groups even boycotted retailers who dropped the word Christmas from their advertising. Celebrating the central Christian holiday, and even saying “Merry Christmas” has become a political act. 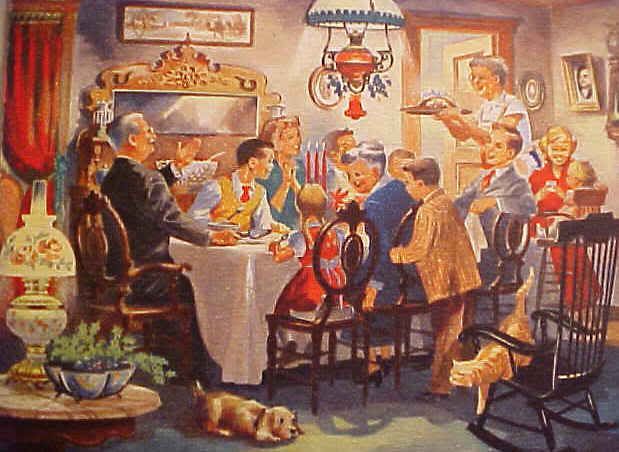 Why has this happened? The answer isn’t pretty. The world financial elite wants to eradicate Christianity. Their forerunners crucified Christ. Christianity gives everyone a piece of the pie and elitists want it all for themselves.

According to Christianity, all human beings were created in God’s image, i.e. Divine Truth resides in every soul. Accordingly, God loves everyone equally and human life is sacred. Our birthright is to know God by following Christ’s teachings.

On the other hand, the New World Order wants to corrupt and debase humanity and snuff out any spark of Divinity. They want to allot us “human rights” (which they determine) instead of acknowledging our God given rights. You see, animals are better to herd and cull.

In a truly pluralistic society, all major religions would be officially recognized. This is especially true of Christianity, the founding heritage practised by 80% of Americans.

In our society however, some people are in George Orwell’s words, “more equal than others.” “Diversity” is a devious ploy to subjugate the Christian majority. Christians have to take a back seat to 1.5% of Jews for whom Chanukah is an insignificant holiday that doesn’t even fall on December 25 half of the time. (I won’t mention “Kwanza” since most Blacks are Christian.)

To degrade humanity, the elite has to dynamite the four pillars of human identity: race, religion, nation and family. Just as it promotes homosexuality and fe-manism to undermine family, it uses Jewish holidays to destroy Christianity. 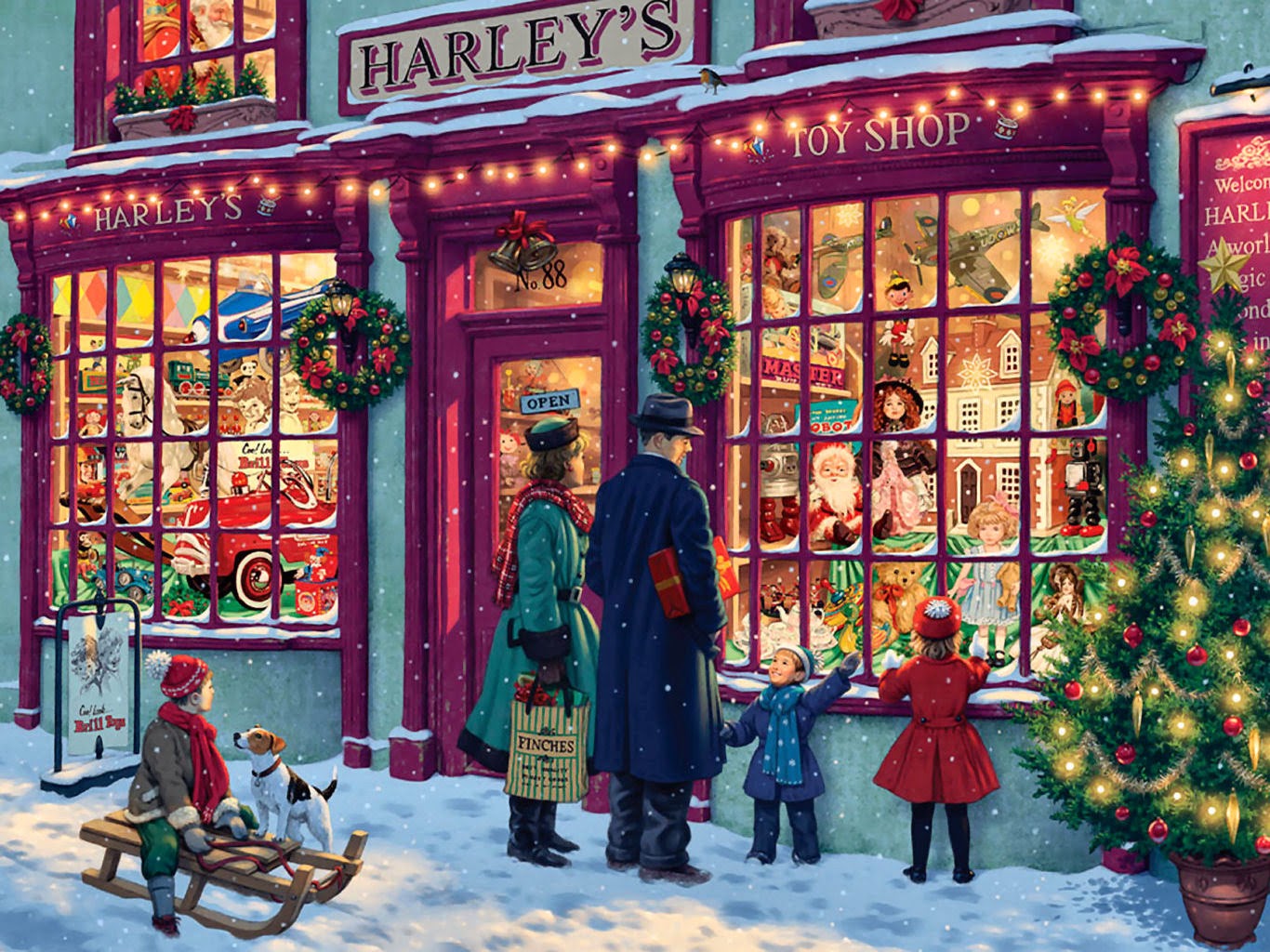 The truth is that most Jews and other non-Christians would be happy to make Christmas an official national holiday. Some Jews and Muslims even started groups to promote the authentic celebration of Christmas. No one can object to the spirit of Divine Love and human brotherhood that Christ represents. It is the heart and soul of Christmas.

No one objects except the foreign-based central bankers and the monolithic occult (i.e. Masonic) political and cultural establishment that they employ.

Masons are behind the spurious division of religion and state. In his book “Unholy Alliances” Dr. James Wardner points out that the Supreme Court had a Masonic majority during the 30-year period 1941-1971 when the court “erected a wall separating the religious from the secular. It was an epoch when prayer and Bible reading were erased from public education…” (P.72)

Paul Fisher (in “Behind the Lodge Door”) suggests, “Masons have succeeded in having their religion dominate American society.” (P.244)

“Freemasonry historically has been a revolutionary worldwide movement organized to advance Cabbalistic Gnosticism; to undermine and …destroy Christianity; to infuse Masonic philosophy into key government structures; and to subvert any government which does not comport with Masonic principles.” (P.16)

The destruction of Christianity is a main goal of Communism, a spawn of the banking elite through its Masonic arm. Communist/Masonic governments persecuted and murdered Christians in Russia, China, Spain, Mexico, France etc.

The attack on Christmas is part of a wider war on Christianity in the USA.

Incredible as it sounds, a US Navy Chaplain is being fired because he insists on praying “in Jesus’ name.” He went on a hunger strike to persuade President Bush to rectify this situation. Seventy-three Congressmen wrote Oct 25 letter, that while 80% of soldiers are Christians, “it is increasingly difficult for Christian Chaplains to use the name of Jesus when praying.” (Washington Times, Dec. 21, 205)

If Jews were subjected to this persecution, there would be howls of “anti-Semitism” yet Christians meekly accept it. There isn’t a murmur when a Jewish judge lets a man blasphemously change his name to Jesus Christ two days before Christmas. But examine the exact dimensions of the Jewish holocaust and all hell breaks loose. 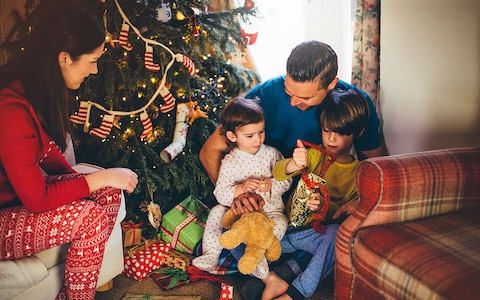 George W. Bush who claimed to be a born-again Christian is in fact a member of the Satanic (Masonic) “Skull and Bones.” He sent a “Happy Holiday” card from the White House. Nevertheless the House of Representative fought hard to have the Capitol Christmas Tree called that and passed a symbolic resolution upholding Christmas “symbols and traditions”.

Meanwhile when Homeland Security Commissar Michael Chertoff lighted a Chanukah Menorah, nobody suggested that it be called a “Holiday Candle.”

Using guilt generated by the Jewish holocaust, the elitists are conditioning Christians to defer to Jews and meekly forfeit their beliefs and institutions. Naturally, this is causing anti-Semitism.

Happily, some Christians are standing up. There was uproar in a Long Island community when a Jewish town Supervisor interrupted a Catholic priest who evoked Christ when blessing a Christmas tree at a lighting ceremony.

“This is inappropriate,” the Supervisor said. “I just want to make it clear that this is in no way a religious ceremony.”

“I have to tell you that Manhasset is in an uproar,” said Christine Roberts, who is Jewish herself. “It really was the wrong thing to say at the wrong time. There is a lot of hostility going around. Angry letters to the editor?angry conversations. Insanity has absolutely overtaken this town.” The Supervisor later apologized.(“Christmas Debate at Manhasset Tree Lighting,” Newsday.com Dec.9)

In a wider context, a high school student in Pittsfield MA refused to wear a yellow Star of David; similar to the ones the Nazis forced Jews to wear. It was part of an exercise to “teach empathy.”

Samantha Gage, 13, said: “Many people won’t learn anything except that their religion (if they’re not Jewish) isn’t good enough and that being Jewish or expressing Jewish symbols is a better religion and the only way to get the grades we deserve.”

Not all Jews are part of this ruling caste but only those Jews (and non-Jews) who work for the central bankers through the web of corporations, foundations, media holdings, universities etc. that constitutes the US Establishment.

The majority of Jews like myself want no part of the New World Order, which actually plans to stamp out true Judaism (and Jews) along with Christianity and Christians. (see “seal the door where evil dwells” )

But the bankers would love to deflect hostility against all Jews, not just the ones that work for them. This way opposition to their malevolent plan can be dismissed as hate and prejudice.

We keep hearing alarming reports that the United States is becoming a Christian theocracy. This is funny given the treatment Christmas is receiving. Martin Luther King merits a national holiday but not Christ.

Jay Leno made the point that it’s OK to name Halloween. “So we have a holiday for Demons and Witches but not one for Christ?” (Very telling.) He heard the movie “Miracle on 34th Street” was being re-titled “Coincidence on 34th Street.”

Next year Christians must boycott all events and stores that pass Christmas off as a generic holiday. They must organize counter events, which are authentic celebrations. 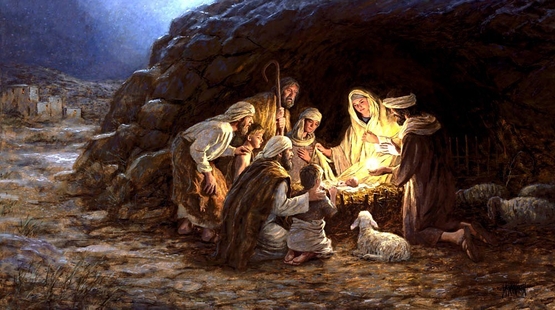 We can no more take religion out of national life than we can take light out of a room without being left in darkness. The new treatment of Christmas is more proof that we are being subjected to a stealth campaign of behaviour modification. The only way to stop the downward spiral is for the US to accept Christianity as its official religion, as part of a religious revival that would involve putting the current criminal satanic leadership in jail and getting out of Iraq.

In Israel, Jews have no trouble mentioning Passover. Christians also need a national homeland where they can officially observe their beliefs. What better place than the United States?