“Countries with a Christian heritage are scheduled for a staggering population  reduction of 53 percent – around 470 million”
(Makow Disclaimer – This thesis is partly contradicted by Russia, a largely Christian country, that is not slated to lose population.

Deagel.com is a Deep State think tank. Its population projections have been suppressed. )

The disclaimer in the Deagel report goes on to say,

“The collapse of the Western financial system – and ultimately the Western civilization – has been the major driver in the forecast along with a confluence of crisis with a devastating outcome. As COVID has proven Western societies embracing multiculturalism and extreme liberalism are unable to deal with any real hardship.”

by Jeremy James(henrymakow.com)
The infamous depopulation projections on deagel.com (currently suppressed) set out a forecast of the population of every country in the world for the year 2025. Analysis  shows that the drastic reduction in population predicted by Deagel falls  disproportionately – indeed, overwhelmingly – on countries with a Christian heritage,  22 in all. Five non-Christian countries are also on the list. These would appear to  ‘qualify’ on the grounds that their advanced technological capability would pose a  potential threat to the ruthless control envisaged by the New World Order.
This prompts an important question: If the Covid vaccine program is intended to  achieve this drastic reduction in population, then how will it target one set of countries  while leaving the rest largely unaffected?

There are two possibilities: Either (a) the  vaccines will be administered more intensively in the target countries, with a  significantly higher proportion of the population participating and a higher average number of doses per person being delivered, or (b) the vaccines themselves may differ  from one country to another, having different properties and achieving different effects. We call these the Uptake Option and the Choice Option, respectively.

Countries with a Christian heritage are scheduled for a staggering population  reduction of 53 percent – around 470 million. The Covid vaccine uptake in these  countries so far is 57 percent. Meanwhile, the population reduction scheduled for the  five countries in the advanced technology group (Japan, South Korea, Taiwan,  Singapore and Israel) is 22 percent. This is not nearly as severe as that of the main  target group, but it’s horrifying nonetheless. At 40 percent, the vaccine uptake to date  for this group is also significant, but lower than that of the main target group. Overall  these figures suggest that the Uptake Option could possibly be used to depopulate  selected countries while leaving others with a lower rate of attrition.
However, the difference between the target countries and those which incur little  damage, per Deagel, is simply too great to be explained by the Uptake Option.

Our figures show that the latter are scheduled to suffer a population reduction of ‘only’  73 million. Compare this with the fall projected for the combined target group – 515  million! This is a seven-fold difference. When population density is taken into account,  the difference is even more startling. The target countries are scheduled to suffer a  reduction of 53 percent while the others will sustain a nett loss of only 1.5 percent.

Thus, if the Covid vaccine program is the planned instrument for conducting the  coming genocide, then it will impact 35 times more destructively on Christian-heritage  countries (plus the five with advanced technological capability) than on Communist  countries and the Asian trading bloc. This astounding disparity cannot be explained,  even in part, by the Uptake Option. This leaves only the Choice Option.

Many readers may be surprised to learn that 21 Covid vaccines have been approved for  general use. We must assume that these have been given the go-ahead, either formally  or informally, by the World Health Organization. 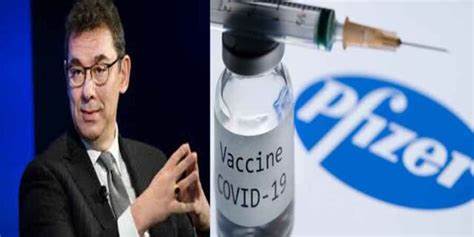 However – and this is where the subject becomes very sinister – virtually all of the  countries slated for a significant reduction in population by 2025 are restricted to just  four of these 21 vaccines. We call them the ‘Big Four’ – Pfizer, Moderna, AstraZeneca,  and Johnson & Johnson.

Only four of the ‘target’ countries – Canada, the Ukraine, Japan and Taiwan – have an “option” outside the Big Four.

In light of the Deagel scenario and its devastating implications for humanity, we must  ask whether the Big Four vaccines contain a lethal component which is missing from  the other 17 options? Given the stark pattern that shows up in our analysis, it would  appear that they do.
A skeptic might argue that, if this were the case, then the population reduction targets  for the Ukraine and Canada (on the Christian heritage list) or Japan and Taiwan (on  the advanced technological capability list) would not be achievable, given that a fair  proportion of the population would receive a non-lethal variety. As it happens the  vaccine option for Canada, apart from the Big Four, is Covishield, an AstraZeneca  formulation made in India. This, apparently, is also the only option currently available  in the Ukraine. The Japanese option, Takeda, is actually a local formulation of  Moderna, while the ‘outsider’ option in Taiwan (MVC-Cov1901 made by Medigen) is  exclusive to Taiwan. No other country is using it.

So, of the 27 countries on our population reduction list, 23 are restricted to the Big  Four, while the other 4 have options which are either illusory, suspect or a copy of a  Big Four vaccine.

Meanwhile, the countries which ‘escape’ this genocidal program –  led by Communist China – will be able move ahead with their Belt & Road Initiative,  a radical realignment of world economic power in which the surviving citizens of North  America and Western Europe will be little more than impoverished serfs.
Unless the inhabitants of the countries listed for depopulation awaken to the fact that  they are now in a medical tyranny and that their own governments – which have  pledged to protect them – are part of that tyranny, they will be destroyed. It is really  that simple. The rulers of the darkness of this world, who are led by Satan, are surely  determined to seize their opportunity and use whatever force is necessary to push their  plan to completion. Until now they have faced virtually no opposition, largely because  the citizens of the nations concerned have no idea that malice of this magnitude is  being directed against them.

[For a more detailed analysis, with tables and statistics, go to www.zephaniah.eu

In no way may you seriously consider modern Russia a Christian or in fact religious country. It is in essence atheist with some FSB/Tavistock-invented gimcrack pseudo-Orthodoxy being promoted as official quasi-state religion.

Russia has long succumbed to Satanic influences and lost its sovereignty in all matters (70-years of communism finished it off completely). What we have here now is a kitsch  mish-mash of Marxism-Leninism, pseudo-Orthodoxy and pseudo-Democracy fuelled by some kind of misplaced national chauvinism. In reality modern Russia is crypto-colonial mafia state. This explains pretty well why there are apparently no major publicized prognosis on the reduction of population here, which has already been reduced significantly during the previous years especially in relation to the vast territory of the country.