We Face PURE EVIL – Be Not Deceived; We’re in a Fight for Survival 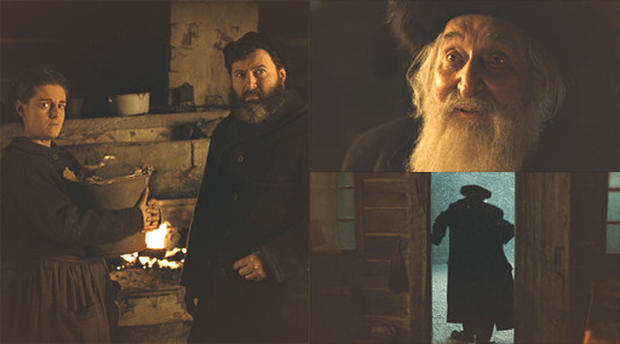 This is the URL for the video.
(A man encounters an affable old acquaintance and invites him home. His wife heard that he died three years ago.  She stabs the evil dybbuk in the heart. He does not bleed; he is already dead. Details below introduction.)

We can shut our eyes but it won’t go away.
We’re in the fight of our lives.
We are beseiged by PURE EVIL.

Revelation 12:9 “….that old serpent, called the Devil, and Satan, which deceiveth the whole world.”
by Henry Makow PhD

A world government (“globalism”) already exists in the form of the United Nations. The World Health Organization is an agency of the UN.
The mainspring of this world government is the Masonic Jewish central banking cartel which controls the credit of most countries and
creates the medium of exchange (credit, currency) out of thin air in the form of a debt to itself.
This is something all nations could do themselves, debt and interest free.
All social institutions have been subverted to protect and expand this fraud by formalizing the New World Order.
Politicians, doctors, celebrities, professors, media, judges, cops, preachers do not serve the public who pay their salaries.
Most are opportunists and traitors chosen from the ranks of Freemasonry (Jewish Cabalism, Satanism.) The rest are dupes.
TheAim of Freemasonry is the Triumph of Communism  and Altiyan Childs- Humanity is Held Hostage by a Satanic Cult (Freemasonry)
Our national credit cards and taxes finance people determined to destroy us.
The covid “vaccines” are designed to destroy, dispossess and control humanity.
We need to call out Evil.
We are foot soldiers in a spiritual war.

Even though our minds and spirits have been dulled by trivia
We can’t evade this draft.They are gunning for us, and our children. This is genocide.
Don’t believe the glib assurances in the mass media.———————-

The video above is a fable from the beginning of the Coen brothers’ film, A Serious Man.

A Dybbuk is a malevolent spirit of a deceased person who wanders the world spreading evil.

In the fable, an affable Dybbuk convinces the husband that rumors of his death were untrue.

He is not the malevolent spirit of a dead man. But the vigilant wife is not deceived and takes decisive action.

She stabs Dybbuk in the heart.

Indeed, he does not bleed for he is already dead.

Think of all of our political leaders. Think Fauci and Bill Gates. Think Demonrats.

They pretend to have our interests at heart when in fact they want to destroy us and everything good.

Like the woman in this parable, we need to take resolute action.

Significantly, the fable is not from Jewish folklore.

The Coen brothers wrote it as an important reminder that evil must be unmasked and banished.

Or else, we will be.

We are in a struggle for survival.

This 7 1/2 minute video will make a lasting impression.

The parable is also a metaphor for Judaism itself, a satanic cult defined by Cabala (Satanism) masquerading as a religion.

The religion of Death, Cabala destroys whomever it touches, Jew and non-Jew alike.

We allowed Satanists into our home and churches. We elected them to our highest offices.

We are satanically possessed, and unless we take resolute action, we face terrible retribution.

One thought on “We Face PURE EVIL – Be Not Deceived; We’re in a Fight for Survival”