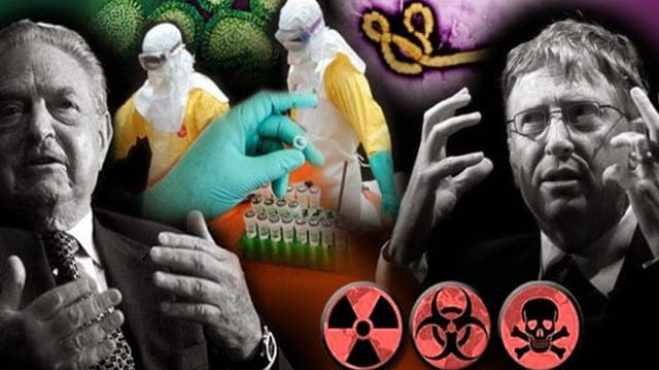 “…are the mRNA vaccines as dangerous as some MD’s say,
or is that just designed to sow fear?”
Answer:“When influenza season hits there won’t be enough morgues or coffins. Those left will be easy pickings. Starvation, lack of medication or a bullet are all cheaper than a vaccine. We’re playing for keeps! So, where’s old Numb-Nuts (Christ) when you need him?”Aloysius Fozdyke is a member of the satanist Alpha lodge in Sydney. He first unveiled world satanic control here eleven years ago.

“Here’s how we did it: To quell riots in Hong Kong a new cartoon pathogen was discovered, a media-driven mass-psychosis was created,
and the lockdown strategy spread. This is about population reduction and the creation of a stratified, worldwide social order under the control of China.”

The deaths will also come from the dismal science of economics, played out on the streets.

How’s your pension, superannuation or managed retirement fund looking? Then there’s national debt – everywhere. Baby boomers are the problem. Too many, too old, too sick and too expensive. If you destroy economies, these baby boomers and heaps of other sickos die. Ready for the Great Reset?

As I’ve stated before, what’s coming is a stratified, high-tech feudalism with us and our servants on top.

Inescapably technologically advanced, totalitarian societies can last almost forever. All paid for and operated by the prisoners. 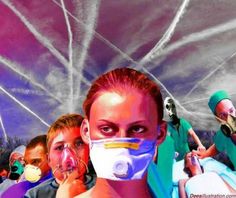 First, we must rid ourselves of vast numbers of Homo normalis: with special emphasis on the old and sick. The culling mentioned in Petor Narsagonan’s work (published eleven years ago) and in my missives is now happening.

Second, we will have left various physically healthy classes, all reliant upon us and our systems – for their food, health care, information, and freedoms. The future bodes well in the safety and security that only comes from unquestioning obedience within an inescapable prison-grid.
You have destroyed the socio-economic future for your own generations by leaving your debts to them.

Our consolation is that we will continue to have the very best, while your descendants will have the rest!

They’ll have no choice. If your descendants survive and exist in Australia, New Zealand or Canada, they’ll speak Mandarin.
Our dark Goddesses and Gods are being made ruthlessly manifest, as are We – their Magicians! They need low vibrational energies. We are manifesting these almost physical energies for Them, with a lot more to come.
Lambs to the slaughter!

“The blood of the living makes good fertilizer for the seeds of the new. He who stands atop the highest pyramid of skulls can see the furthest…All that is great is built upon sorrow.”
I remain strengthened knowing that the cowering masses have it in them to continue to meekly surrender; no matter the hardships, loss, debasement, pain or deaths; for there’s a great deal more both to learn and forget.

What god can create, We can destroy!

This is Our strength and the joy of the world!

Well.  It certainly has.  Your ‘Insider’ writes to you on the day that Google featured its Tori Gate guillotine with the chopping blade coming down through the crescent for the featured ‘Doodle Champion Island Games’.

Very NLP with the depop Agenda currently being rolled out in all Western and developing nations, with lots of 4IR memes.  If  Fozdyke has time for computer games he would enjoy it.
So your ‘Insider’ , if not on the inside is at least N’Sync.

The term ‘Insider’ belongs only the Trotsky-ite Faction of the permanent, world-wide Revolution of the Fourth ComIntern – established 1938.  World War II was only the inauguration of it. It is the permanent Revolution that is the secret of the Perestroika Deception according to Anatoliy Golitsyn.  This is the inner reactive core of the Revolution which Chaim Rakover (Christian Rakovsky)  calls : ‘the Chiefs of the first Secret Communism’.
The Aim of Freemasonry is the Triumph of Communism”and   Insider Bared Banker Conspiracy in KGB Interrogation 1938.

On the pyramid, only the commanders of the Revolution in the Trotsky-ite Faction liase with the Vampyre Squid in the Apex or , if you like the inner ring of the Bagel and the Great Eye.

In the roll-out of the depop Agenda, The Agentur directs the CCP and its establishment of the Special Economic Zones and handling the Doofus Suits of these subverted Marxist states  in Asian-Pacific, Australia and the US which has recently undergone its Manifesto.

Unfortunately for your Insider, his ring of the Bagel is the Agentur. This does not mean we do not expect him to serve his Prince well in the depop Agenda – merely to point out that there are many tiers to pyrmaid, many rings to  the Great Bagel and even more unfortunately many circles of Hell.  You would do very well to think on this subject Fozdyke.  It is good for the soul to meditate upon the last things of eternity – one of which is Hell.  The earth and all of material creation passes away and on it, your own personal pile of skulls if you manage to achieve it.
At present, the Revolution has made its move against the subverted, post Christian populations of the  West.  To the racial Collective seeking world dominion, worse than useless eaters is the White European population – the  designated enemies.

This isn’t the endstage of the Corona Operation , it is a benchmark, just like the genocides of White Russia were benchmarks.

We aren’t even in the new world order stage of the Revolution.  We are in the set up of the international operating platform of the bio-security regime which is being touted : the Great Reset, 4IR – many names.  This is the 5.11 bogey of the Protocols of the Elders of Zion and the Manifesto to mass populations that their government and all institutions which has been totally unresponsive to their nation for years is in fact a Maxist state that is completely subverted to the Revolution. The operative word here is : ‘bogey’.

According to Rakover : ‘the real secret of Masonry is the suicide of every important Mason.  The real aim of Masonry is to ‘create all the prerequisites for the triumph of the Communist Revolution’ – now in its global totalitarian phase.  The Agentur (which includes all of Masonry and its degrees above the 33rd – in the houses of the Temple) is to be liquidated.  When this secret [ of Masonry – the Agentur] is revealed, Rakover images ‘the expression of stupidity on the face of the some Freemason when he realizes that he must die at the hands of the revolutionaries.  How he screams and wants that one should value his services to the revolution!  It is a sight at which one can die…but of laughter!”  Rakover is inclined to gloat upon this subject much as you enjoy gloating over the Australian sheeple who have been placed under Communist tyranny of the CCP.

Allow me to repeat.  In the Mad Plan, the CCP, the WEF, Schwab (rhymes with Squab), Gates, Ethiopian terrorist Tedros, Rockefeller and the ‘multi-lateral partners’ of the Great Reset merely have the ‘bad guy’ script for the Western nations depop.

You can’t have a Communist Takeover without the standard issue genocide..  This is simply not done. And, of course, in these post Christian , subverted Marxist states the Commanders of The Revolution have lined up all the brother and sister Jews wall to wall in all institutions of social influence.  They expect ‘the Jews’ to win the eternal suffering sweepstakes (again) and shlep the can for this phase of the Revolution. As a people the Jewish people are as completely duped by their leaders as we Gentiles are by ours. And all tThe Bad Actors as named above who are fronting the Jubela, Jubelo, Jubelum evil, Western Globalist ‘5.11 bogey’ nwo script just  happen to be Jews.

At least they are more entertaining than the Doofus Suits who have to front the schmo screen of the Marxist gov’t.  And boy are the real entertainers out there with the Jew Claw as famously demonstrated by Borat.  You might not be familiar with the Yiddish theatre.  This is actually a shtick.  Think of Pelosis in her kinte cloth taking a knee to George on the floor of the Congress.
And in this shtick, the CCP has the ‘bad guy’ communist script.  The ‘good guy’ script has been assigned to the Soviet – Israel Axis of ZOG East.  They have already done their genocides and build their soviets for multi-polar world order (as in the 10 horns of the Beast). In due course , they are going to ‘liberate’ the Special Economic Zones of the evil, anti-christ, racist  West and bring us the endstage Judaic Supremacy and its world order with Noachide Law  and the achievement of the UN 17 sustainable development goals.  This is World War III.

While you are drinking blood out of the skull tonight, why not read Major Robert H. Williams (1950) on the Jewish Utopia.  That is what ‘the Chiefs of the Secret Communism’ intend to be the endstage of the Corona Operation – not another standard issue Communist genocide .

As a living soul, you and indeed all of us have one life to live and one death to die.  Your view of death is absurd. And your Prince is defeated. He has lost forever, what you, even at this late hour could still attain.  I am sure they didn’t tell you that in the OTO.  Sic transit gloria mundi.

One thought on “Satanist Insider Confirms: The Culling Has Begun”