Synarchism — The “Right” is also Under Satanist Control

This 90-minute interview with historian David Livingstone is a lot to absorb but I’ll give you the gist.
Livingstone is a Communist. He thinks that rigged elections, illegal mass migration, defund the police, critical race theory, “white supremacism,” big-tech censorship, cancel culture, gender dysphoria etc. are all fascist strategies to discredit Jews and not Communist Jewish stratagems to destroy Western Civilization.

David Livingstone has convinced me that Left and Right are both part of a Cabalist (Freemason) world control grid.

“Politics is mostly a charade,” he says. 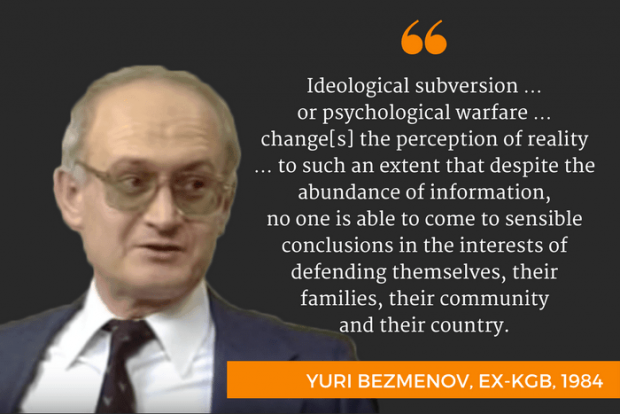 The goal is a spoof religion called “Discordianism”  – the worship of chaos: “Nothing is true and everything is permitted.” People don’t know what to believe.

Out of this chaos, Cabalists build their New World Order.

Livingstone says the Book of Revelation is their Blueprint. It is not Prophesy but a plan they intend to implement. So are the novels 1984 and Brave New World

He says the Book of Revelations was written in 400 AD and is Gnostic.

We are familiar with Communism on the Left. Not so much with Synarchism on the Right. Most conservatives and nationalists, he says, are not Christians but occultists who use Christianity as a Trojan Horse. The contrived conflict between Communism and this “Fascist International” feeds “Discordianism.”

This explains why many prominent anti vaxers like David Icke and RFK Jr. have Masonic ties.

This does provide hope that their alarming warnings might be part of the Discordian scenario and not as serious as feared.

Lyndon LaRouche Jr. provided this short definition of Synarchism: “Synarchism” is a name adopted during the Twentieth Century for an occult freemasonic sect, known as the Martinists, based on worship of the tradition of the Emperor Napoleon Bonaparte. During the interval from the early 1920s through 1945, it was officially classed by U.S.A. and other nations’ intelligence services under the file name of “Synarchism: Nazi/Communist,” so defined because of its deploying simultaneously both ostensibly opposing pro-communist and extreme right-wing forces for encirclement of a targeted government. Twentieth-Century and later fascist movements, like most terrorist movements, are all Synarchist creations.

Synarchism was the central feature of the organization of the fascist governments of Italy, Germany, Spain, and Vichy and Laval France, during that period, and was also spread as a Spanish channel of the Nazi Party, through Mexico, throughout Central and South America. The PAN party of Mexico was born as an outgrowth of this infiltration. It is typified by the followers of the late Leo Strauss and Alexandre Kojève today.

This occult freemasonic conspiracy, is found among both nominally left-wing and also extreme right-wing factions such as the editorial board of the Wall Street Journal, the Mont Pelerin Society, and American Enterprise Institute and Hudson Institute, and the so-called integrist far right inside the Catholic clergy. The underlying authority behind these cults is a contemporary network of private banks of that medieval Venetian model known as fondi. The Synarchist Banque Worms conspiracy of the wartime 1940s, is merely typical of the role of such banking interests operating behind sundry fascist governments of that period.

IRONICALLY LIVINGSTONE IS A DISCORDIAN

Wittingly or not, David Livingstone is a Discordian in that he casts doubt on what is demonstrably true.

He argues that Communism and the Masonic Jewish conspiracy are inventions of the “Fascist International” to increase their support and advance their goals.
He thinks fascists are using Organized Jewry as scapegoats. He says courageous patriots like Elizabeth Dilling, the America First Movement, Libertarians, Father Coughlin, the Silver Shirts, Cleon Skousen were secret fascists. Basically, he thinks Communism is false opposition for “the Fascist International.”

(Livingstone, about 15 years ago)

He defines fascism as “an hierarchy of worth” where only the elite are entitled to rule. How is that different from Communism?

If anything, this reveals that despite his insights into the Illuminati dialectic, Livingstone is a Communist. He thinks that rigged elections, illegal mass migration, defund the police, critical race theory, “white supremacism,” big-tech censorship, cancel culture, gender dysphoria etc. are all fascist strategies to discredit Jews and not Communist Jewish stratagems to destroy Western Civilization. He can’t see that the Democrats are Communists and he probably thinks COVID is real.

Livingstone has an encyclopedic mind and says many things that ring true. For example, the central bankers are all Sabbateans; Pope Jean Paul II and all his successors are Freemasons; Saudi Arabia is a Muslim Brotherhood state; Sabbateans funded both Nazis and Soviets.

So, while we owe a debt to Livingstone for showing how Left and Right are two wings of the same satanist bird, he must be read selectively. He is indifferent to the Communist Jewish cancer devouring the West.

And if you define a Christian as “what would Christ do?” and doing it, how does he know that everyone on the Right is an occultist? The four things the Communists are destroying — religion (God), nation-state, racial identity (not superiority) and family (gender) are actually the basis of a healthy society.

Discordians like David Livingstone want us to believe that people who uphold these fundamental values are fascist dupes.

David Livingstone was a friend, so I hate to say, “Go to Hell.”

————————–Related – The Creepy Christian Cult that Controls the World

Straight out of THE FAMILY playbook, spend money on both sides, but already know the out come… Never let anyone think that they are being played…  Choose the side to which you want to win…  ( i.e. Communism )-( NWO ) It’s all ran from the Vatican, paid for by THE FAMILY…i.e. The Rothschild’s, since they are number 2 in control of everything…  Only the Vatican is number 1… Just remember this, The so-called church has KILLED more people then all the governments of the world..  ( i.e. All in the name of GOD )
Like I’ve said before, all politicians are bought & paid for, That’s how the game is done… I don’t care what so-called country you live in… Remember it’s all a BIG TV SHOW… i.e. THE GREATEST SHOW ON EARTH…
It’s a big happy family, but most are NOT in THE FAMILY…  ( 99% )  Just peons… Only a hand full can become 33 degree Mason’s… But remember the Vatican has BIG hands… MOST president’s are no lower then a 30 degree Mason…  33 RUNS the side shows… Hence, The Vatican runs the BIG SHOW…  Everyone else is just a bitch… Knowing the WORLD is asleep is reason enough to get anything done…  ( NO MATTER WHERE YOU LIVE… ) It’s always about This party v That party…  Which are the side shows… It’s like there really are no police, just military in different uniforms…