Mike Stone – As Covid Hoax Falters, Is Alien Invasion Next? 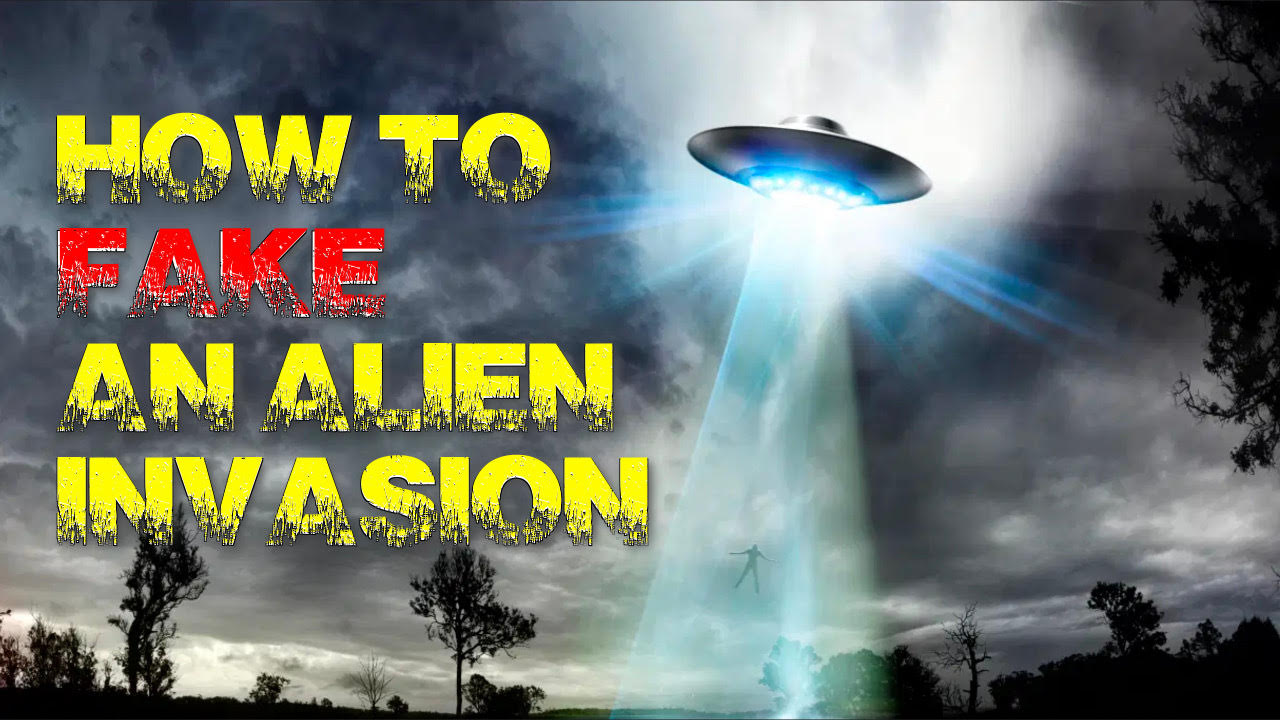 Have you noticed the sudden surge a rise of UFO sightings and stories appearing in the MSM lately? Could we be in the beginning of a fake alien invasion?

by Mike Stone(henrymakow.com)
“Do you believe in UFOs?”
My answer is always: “Yes, I believe they’re real, but they’re not from outer space.”
The late researcher John Judge called UFOs “Unidentified Fascist Observatories.” He noted that the Germans developed disc-shaped aircraft in World War II and that the rocket scientists behind those aircraft – Wernher Von Braun and others – all went to work for NASA after the war. Von Braun also did some work for Walt Disney. 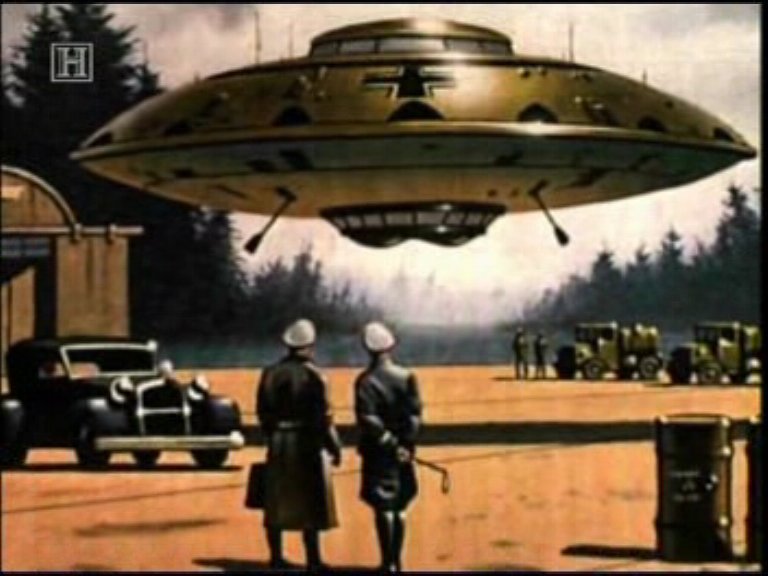 The band Foo Fighters took their name from these disc-shaped craft that American pilots spotted flying around on numerous occasions during the war.
You’ll notice that UFO sightings only started after the war and in many UFO sightings in the late 1940s and 50s, people reported waving to the saucers and seeing someone wave back.
John Judge’s work led me to Operation Highjump, a military expedition to the South Pole led by Admiral Byrd in 1947. Admiral Byrd was searching for German military bases in Antarctica and apparently a couple of his planes were shot down. On his way back, Byrd claimed that the enemy was not yet defeated.
I don’t know if that story is true or not. I’m relaying it to show you how far down the rabbit hole I’ve gone on this subject. My research also led me to the correlation between UFO abductions and demonic possession. Today I believe that most UFOs are literally transports from hell. 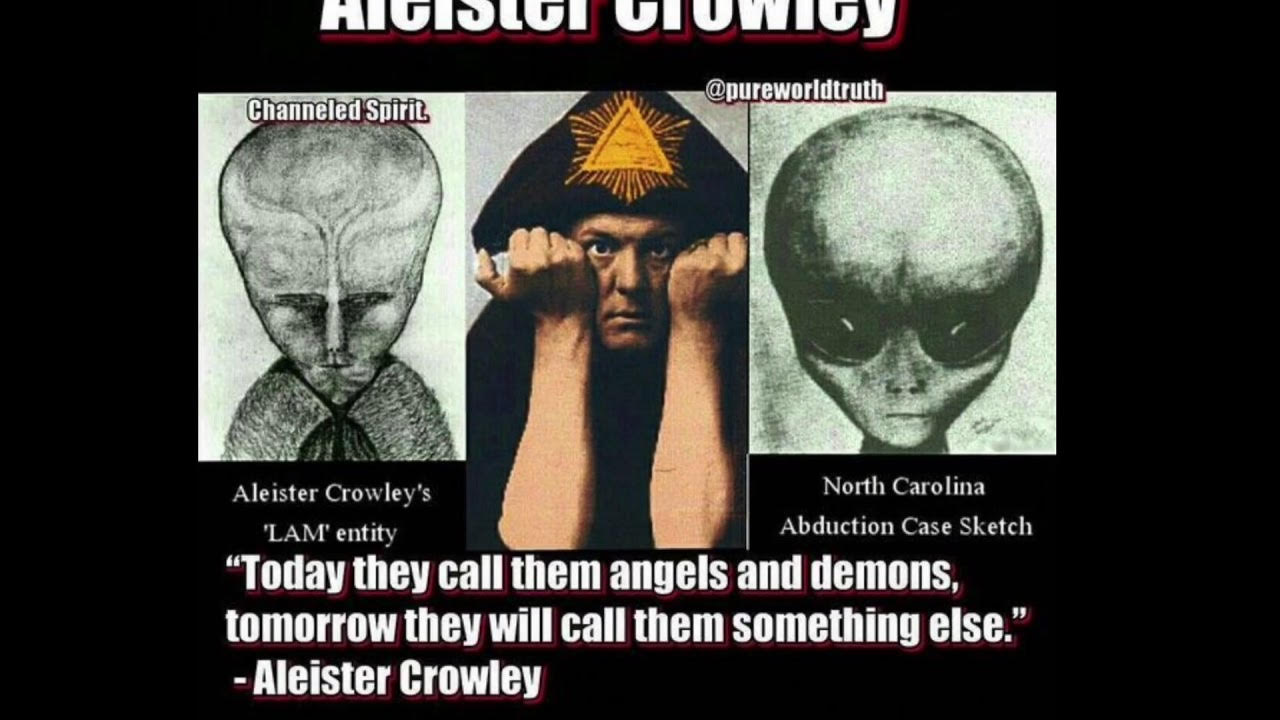 What is their purpose? That I do not know. Perhaps their intent is to steer humanity away from God. Perhaps they are a manifestation of the “signs and wonders” of the end times. We are told in Mathew 24:24 that the devil “shall show great signs and wonders so as to deceive, if possible, even the elect.”

My reason for broaching this topic is the rise of UFO sightings and stories appearing in the MSM lately. Have you noticed that? Why the sudden surge and why now? Could we be in the beginning stages of a fake alien invasion?
Think about it: If they could con almost the entire world into fearing a simple coronavirus, how hard would it be to fake an alien invasion? 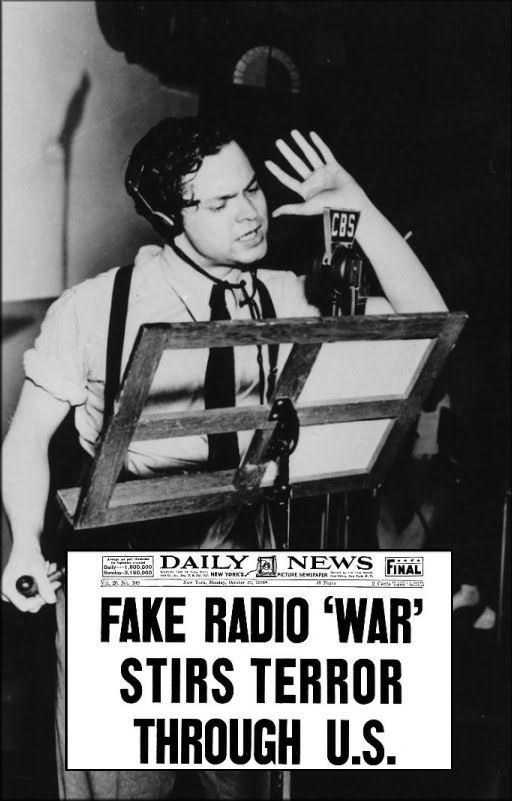 If Orson Welles could do it with a radio broadcast, don’t you think that green-screen-Joe and his handlers could do it with all the resources they have?
When you think about it, an alien invasion might be something that’s been planned for a long time. Look at all the science fiction books, movies and television shows about ETs, flying saucers, and hostile aliens. Look at all the fake science reports about the possibility of intelligent life on other planets and movies like Contact. If enough people were duped into believing an alien invasion, they could be manipulated into doing anything. Men would be conned into obeying the aliens. Women would be conned into breeding with them. People with no religious knowledge or backbone would be sucked right into the whole hoax.
If someone had suggested a fake alien invasion two years ago, I would have told them that despite my low opinion of the intelligence level of the average American, even I wouldn’t think they’re that stupid. But that was two years. Today I believe many, if not most, Americans are that stupid. I believe millions of people would fall for such an outlandish scheme.
Maybe I’m reading too much into it. If we’re not seeing the early stages of a fake invasion, then perhaps my research into the demonic aspect of UFOs is playing out. As a nation and as a world, we’ve sunk so far down into sin and satanism, that perhaps these recent sightings are merely a manifestation of that. The more we engage in sin, the more these transports from hell make themselves visible. That’s even scarier than a fake invasion.
What do you think? Do you believe in UFOs?———————Mike Stone is the author of Based, a young adult novel about race, dating and growing up in America, and A New America, the first novel of the Alt-Right, a dark comedy set on Election Day 2016 in Los Angeles – – Available on Amazon.