The Extraterrestrial and the important Earth person

Hundreds of new cases a day are people who had the…

How Many People Are the Vaccines Killing? – Dr Ver…

The Woke campaign to erase women – the war on wome… 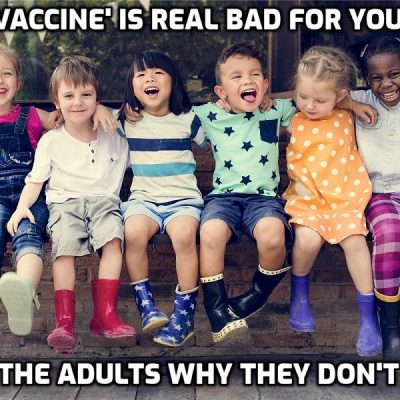 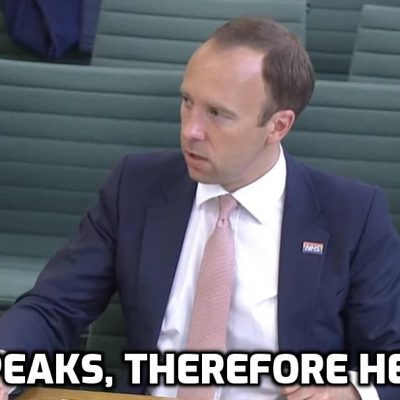 What a liar – Midazolam anyone? Hancock blames sci…

Forgotten moments from the history of vaccines; ye…

Britain DID simulate a coronavirus pandemic before…

Shades Of Scientism: Fauci Likens Science To God, Himself As Priest

Technocrats’ Pandemic Narrative Explodes As Lies, Coverups And Deception Are Exposed, But The Damage Is Already Done

ZeroHedge: Cyber/Crypto Crooks To Be Equated As Terrorists

Tiny Trackers Give Rise To The Age Of Stalking

By B.N. Frank Facebook is no stranger to user privacy violations.  In fact, just last month the company was exposed for secretly tracking people through…

By Don Via, Jr. Over the last twelve months, social media’s expurgation of any and all information pertaining to Covid-19, not part-and-parcel to the mainstream…

To understand the global drive to track and collect massive amounts of data on everyone and everything (literally, the Internet of Everything), you must read…

By Brad Polumbo Proponents of big-government spending and money-printing tried to downplay April data showing surging consumer prices as just a temporary adjustment. But the…

By Brad Polumbo With pandemic restrictions finally being wound down around the country, the economy should be roaring back to life. But we’ve seen much…

By RT President Nayib Bukele of El Salvador is moving fast on his pledge to embrace bitcoin as another legal tender, already opening a new…

By Andrew P. Napolitano For the first time in American history, a federal judge last week authorized the government to admit as evidence in a…

By Derrick Broze On Monday June 7, 2021, hundreds of nurses and supporters gathered at the Baytown Methodist campus east of Houston, Texas to protest…

The World May Be Getting Darker, But We Must Carry on the Light of Liberalism

“Liberalism is not merely an abstraction we fight to advance for its own sake, but rather for the sake of the flesh and blood of humans of the world, and in remembrance of those who have fought the good fight before us. As ‘society is sweeping towards de­struction’ let us keep in mind our own limited knowledge of the future and thrust ourselves ‘vigorously into the intellectual battle’ once more.” ~ Zachary YostREAD MORE