The confession of a Priest

Right Now – Gareth Icke Talks To Save Our Rights U… 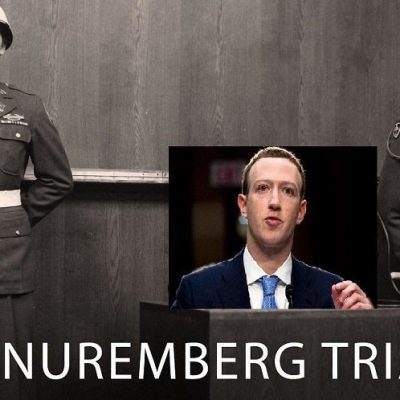 Dad found out 19 month old his son had leukaemia, …

The media is finally admitting after 15 months of spreading wild hysteria and misinformation that people who catch the coronavirus are probably immune for years if not for life, at least for similar strains.
… (more)

By The Last American Vagabond Joining me today is Whitney Webb, here to discuss the many different angles of this technocratic coup and the many…READ MORE

By B.N. Frank Experts continue warning against launching more satellites for a variety of valid and scary reasons (see 1, 2, 3, 4, 5, 6,…

Microsoft President Threatens That Orwell’s 1984 Could Happen In 2024

Instead of Killing Woman with Gun, Cops Use Compassion, Hugs to End Standoff

By Matt Agorist Harrisburg, PA — Unless you never turn on the television or go on the internet, then you likely know American police kill…

By B.N. Frank Last year scientists across the U.S. and around the world started collecting and analyzing sewage to track COVID-19 (see 1, 2).  Despite…

By Tyler Durden US stock futures soared Thursday morning as President Biden unveiled his first federal budget, which calls for the government to spend $6…

Fed Offers No Holiday from Inflation

By Stefan Gleason Heading into Memorial Day weekend, American motorists will see the highest prices at the pump since 2014, according to AAA. Gas prices…

(The Paypers) – Canada has launched a new strategy for its digital operations, which focuses on the need for trusted digital identities built in open…

By Matt Agorist As the rest of the country struggled to pay their mortgages, had their businesses shut down, and descended into poverty, COVID-19 for…

(Biometric Update) – Gov.uk will continue to subsume other public-facing government sites as it creates user accounts and a digital identity solution that will allow…

Unemployment and Bankruptcies – Is This Time Different?

“The recovery we are witnessing today is built on the crumbling foundations of the serial malinvestments which resulted from previous attempts to avoid the recessionary pain caused by the GFC. If structural inflation can be engendered, an escape from the worst ravages of overindebtedness may be nigh, but, until markets clear and zombies die, what economic growth there is will remain suboptimal.” ~ Colin LloydREAD MORE

“Many Americans once believed government officials unless/until they had good reason to doubt them but increasingly they disbelieve officials unless/until they have reason to believe them. Maybe that is a good thing as it will eventually induce Americans to ask why they continue to pay the salaries of people they cannot implicitly trust to do their respective jobs.” ~ Robert E. WrightREAD MORE