Never lockdowns, Never again: Introduction to the Portuguese/Brazilian Edition of Liberty or Lockdown

“2020 became the year of the great experiment. Suddenly, “nonpharmaceutical interventions” would replace our laws, our settled traditions of liberty, and love of peace and prosperity, and even the ideals of the Enlightenment itself. We put fear above rationality, division above community, power above rights, wild experiments above settled science, and the intellectual pretensions of a tiny ruling class above the interests of the social order.” ~ Jeffrey TuckerREAD MORE

“People’s communities, jobs, hobbies, and everyday lives are essential to their survival and flourishing. It is unethical and immoral for central planners and public health officials to attempt to control the spread of a virus – however deadly it may be to certain demographics – at the expense of individuals’ natural rights, physical health, mental health, and metaphysical well-being: that elusive, invaluable thing called ‘happiness.’” ~ Jack NicastroREAD MORE

This Is a Pandemic of Fiscal Profligacy

“Very few seem to care that we’re closing in on $30 trillion in debt, the symptom of our insane spending. In fact, it has become fashionable to claim that we can borrow without fear of a debt crisis or of any consequences. Admittedly, one reason for this belief is that people like me have been warning about the mounting debt and the potential deleterious implications for years.” ~ Veronique de RugyREAD MORE

The End of America?

“The new biofascism in the West, very much driven by Big Tech leaders, and soon to be exploited by our enemies geopolitically, is a war against free human beings and against the qualities that make us human. Why is this? Why develop policies that punish, encumber and restrict human contact in analog (unsurveilled, unmediated) spaces? Because human contact is the great revolutionary force when it comes to human freedom and resistance to this form of comprehensive biofascism – the biofascism represented by the New Normal.” ~ Naomi WolfREAD MORE

Tell Me Again How Governments Are Essential

“I’m still routinely shocked that people think governments are essential to the operating of civilized life and crucial for our well-being. The more interactions like these that I have, the more confused I am that not everyone jumps ship and embraces a smarter world. So: tell me again, why do we need governments?” ~ Joakim BookREAD MORE

The Disease Models Were Tested and Failed, Massively

“The repeated failures of the Ferguson/ICL model point to a scientific error at the heart of the theory behind lockdowns and similar NPIs. They assume, without evidence, that their prescriptive approach is correct, and that it may be implemented by sheer will as one might achieve by clicking a check-box in a Sim City-style video game. After a year of real-time testing, it is now abundantly clear that this video game approach to pandemic management ranks among the most catastrophic public health policy failures in the last century.” ~ Phillip W. MagnessREAD MORE

“People who can move the needle and shape opinions are finally speaking out against the failed draconian mandates, from scientists to doctors to politicians to other influential individuals, they came to the party a year late, but at least they’re here now. The repeated Chicken Little act is getting old and tiresome. Eventually, people have come to realize that the sky is not, in fact, falling.” ~ Jordan SchachtelREAD MORE

EU documents show that vaccine passports and the w…

Biden falls three times walking up the stairs of A… 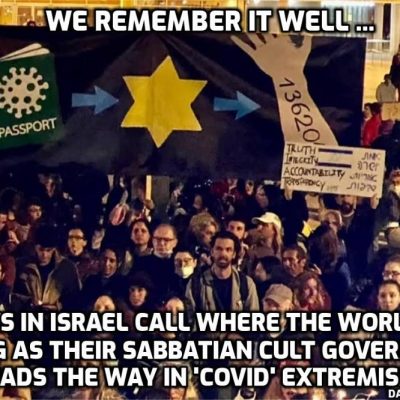 Outcry to the world from the tyranny that is Israe… 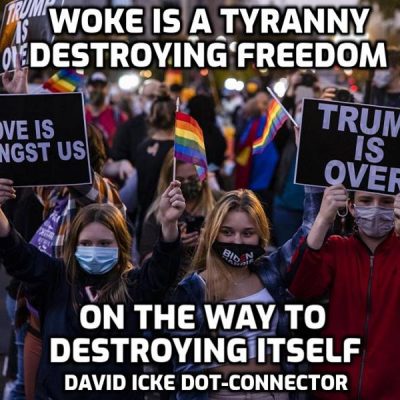 Woke Is A Tyranny Destroying Freedom – On The Way …

A prominent member of Israel’s COVID-19 Vaccine Prioritization Committee has resigned in protest of the decision to recommend vaccines to pregnant women.

Physician: Informed Consent For COVID Vaccine Requires Full Disclosure Of Risk & Liability, And Here It Is…

The Mind Of A Technocrat: Cognitive Dissonance And Narcissism On Steroids